Anyone conducting business in cannabis surely knows that under Federal law (Controlled Substances Act 21 U.S.C. 801) marijuana is designated as a Schedule I controlled substance due to the historical belief that it has a high potential for abuse, no currently accepted medical use in treatment, and lack of accepted safety for use under medical supervision. So the risk is apparent that at any time Federal authorities could come and shut you down but don’t think that just because cannabis is legal in California and in other States, you do not have to worry about being shut down.

The U.S. Drug Enforcement Administration (DEA) is aggressively striving to halt the spread of cannabis cultivation in the United States.  To accomplish this, the DEA initiated the Domestic Cannabis Eradication/Suppression Program (DCE/SP), which is the only nationwide law enforcement program that exclusively targets Drug Trafficking Organizations (DTO) involved in cannabis cultivation.

According to figures published in the 2019 Domestic Cannabis Eradication/Suppression Statistical Report issued by the DEA, the DEA and its law enforcement partners confiscated an estimated four million marijuana plants in 2019 – up from 2.8 million in 2018.

By contrast, marijuana-related marijuana arrests compiled by the DEA fell to 4,718 in 2019 – a decrease of 16% from 2018’s totals. It was the second-lowest number of arrests reported by the DEA in the past decade. In 2011, for instance, the DEA seized over 8.7 million marijuana plants and made over 8,500 annual arrests as part of its nationwide Eradication/Suppression activities.

State Of California Commitment To Enforcement

California law mandates that you can only sell cannabis if you have obtained a license to do so. These licenses being issued by the BCC. If you don’t have a license, then selling cannabis or transporting it in order to sell it is still a crime under H&S Code §11360.

California Penalties For Selling Cannabis Without A License.

But the sale/transport for sale of cannabis without a license to do so is a felony for the following defendants:

In any of these scenarios, black market sale or transportation for sale of cannabis under H&S Code §11360 is punishable anywhere from two to four years in jail.

Transporting cannabis without intent to sell it, or giving cannabis away, is not a crime in California so long as BOTH of the following are true:

You can count on State and local governments coordinating resources with the Federal government and making comprehensive strikes on unlicensed and illegal cannabis operations for the safety of the public.

Both civil and criminal penalties will apply to unlicensed operators so it is imperative that anyone cultivating, manufacturing or distributing cannabis on a commercial basis in California seeks a local and state license for their operations immediately, if they have not already done so. Protect yourself and your investment by engaging a cannabis tax attorney at the Law Offices Of Jeffrey B. Kahn, P.C. located in Orange County (Irvine), the Inland Empire (including Ontario and Palm Springs) and other California locations. We can come up with tax solutions and strategies and protect you and your business and to maximize your net profits. Also, if you are involved in crypto currency, check out what a bitcoin tax attorney can do for you. 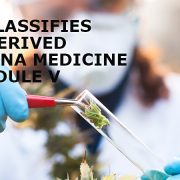