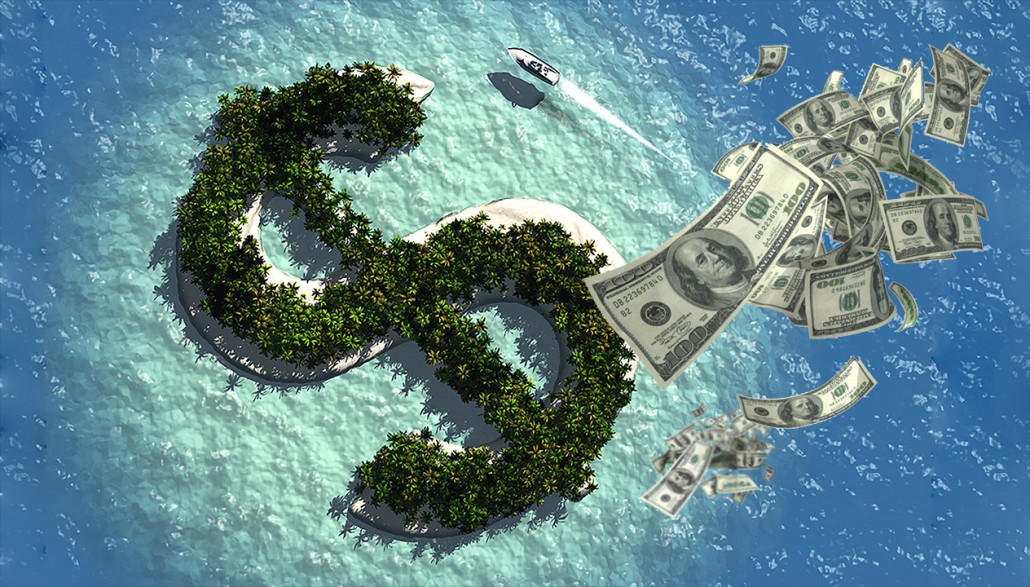 Dubbed the “Panama Papers” a collection of more than 11 million documents reveal how dozens of the most powerful and wealthy people around the world are laundering money, as well as evading taxes and sanctions, by using offshore accounts.

Just within this past week, documents obtained by the U.S. government from the Panama law firm of Mossack Fonseca connect to 140 politicians in over 50 countries including former leaders of Ukraine, Saudi Arabia, Argentina, Iceland, Georgia, Qatar and Iraq.

Already it has been determined that associates of Russian President, Vladimir Putin, have funneled as much as $2 billion through offshore accounts, banks and shadow companies.

Given the comprehensive nature of the Panama Papers, this is the biggest breakthrough for the U.S. government and other foreign governments to combat offshore tax evasion since the 2004 UBS crackdown that resulted in the undermining of the Swiss Bank Secrecy Laws and more than 60,000 U.S. Taxpayers coming forward to voluntarily disclose their foreign bank accounts to avoid criminal prosecution and get a reduction in penalties.

And just about every day now a new world leader is announcing their involvement in this scheme before their names are leaked from these documents.  Just yesterday Prime Minister David Cameron of Britain admitted that he had profited from an offshore trust established by his late father.

And this is not just limited to government leaders, professional soccer player Lionel Messi, movie star, Jackie Chan and his son Jaycee, celebrity judge Simon Cowell, and Dreamworks Co-Founder David Geffen, are just some of the few note-worthies that have been linked to the Panama Papers.

The Panama Papers go back through 40 years of secretive dealings from the Mossack Fonseca law firm as one of the leading creators of shell companies. Documents from the firm include data on 214,488 “offshore entities” tied to individuals in roughly 200 countries and territories.

Filing Requirements If You Have Undisclosed Bank Accounts.

By law, many U.S. taxpayers with foreign accounts exceeding certain thresholds must file Form 114, Report of Foreign Bank and Financial Accounts, known as the “FBAR.” It is filed electronically with the Treasury Department’s Financial Crimes Enforcement Network (FinCEN). Taxpayers with an interest in, or signature or other authority over, foreign financial accounts whose aggregate value exceeded $10,000 at any time during 2015 must file FBARs. It is due by June 30 and must be filed electronically through the BSA E-Filing System website.

Additionally, U.S. citizens, resident aliens and certain non-resident aliens must report specified foreign financial assets on Form 8938 if the aggregate value of those assets exceeds certain thresholds. Reporting thresholds vary based on whether a taxpayer files a joint income tax return or lives abroad. The lowest reporting threshold for Form 8938 is $50,000 but varies by taxpayer.

The law requires U.S. citizens and resident aliens to report worldwide income, including income from foreign trusts and foreign bank and securities accounts. In most cases, affected taxpayers need to complete and attach Schedule B to their tax return. Part III of Schedule B asks about the existence of foreign accounts, such as bank and securities accounts, and usually requires U.S. citizens to report the country in which each account is located.

So How Does This Breakthrough Impact U.S. Taxpayers?

Consider this – about 60,000 U.S. taxpayers have come forward to disclose their previously undisclosed offshore accounts but just last year alone, 300,000 U.S. taxpayers filed Form 8938 disclosing foreign accounts. That would mean that about 240,000 did not previously report their foreign accounts and that under this recent filing of Form 8938 to IRS, they have put the IRS on direct notice of their non-compliance.

So how many of those 240,000 “new filers” just happened to be listed in the Panama Papers?

Our office saw an increase in interest and activity by U.S. taxpayers hiring our firm after the 2004 UBS scandal and subsequent implementation by IRS of its first dedicated Offshore Voluntary Disclosure Program.

We encourage taxpayers who are concerned about their undisclosed offshore accounts to come in voluntarily before learning that the U.S. is investigating the bank or banks where they hold accounts. By then, it will be too late to avoid the new higher penalties under the OVDP of 50% percent – nearly double the regular maximum rate of 27.5% and 10 times more than the 5% rate offered in the expanded streamlined procedures.

Don’t let another deadline slip by. If you have never reported your foreign investments on your U.S. Tax Returns or even if you have already quietly disclosed or you are in the 2012 Offshore Voluntary Disclosure Initiative (“OVDI”), you should seriously consider participating in the IRS’s 2014 Offshore Voluntary Disclosure Program (“OVDP”). Once the IRS contacts you, you cannot get into this program and would be subject to the maximum penalties (civil and criminal) under the tax law. Taxpayers who hire an experienced tax attorney in Offshore Account Voluntary Disclosures should result in avoiding any pitfalls and gaining the maximum benefits conferred by this program.

Protect yourself from excessive fines and possible jail time. Let the tax attorneys of the Law Offices Of Jeffrey B. Kahn, P.C. located in Los Angeles, San Francisco, San Diego and elsewhere in California qualify you for OVDP.

Description: Let the tax attorneys of the Law Offices Of Jeffrey B. Kahn, P.C. resolve your IRS tax problems, get you in compliance with your FBAR filing obligations, and minimize the chance of any criminal investigation or imposition of civil penalties.

Investing Under The Current U.S. Economy; More On The Panama Papers; and the...
Scroll to top