Question: My mother just passed away and I inherited $5 million that she kept in offshore bank accounts. The problem is that while she was alive, she did not report the existence of these accounts on the FBAR nor did she report the interest income made on these accounts on her tax returns. What are my reporting obligations, if any? I do not want to get in trouble with the IRS. What should I do?

Answer: It is highly recommended that you come forward and disclose these overseas assets and income to the IRS. The IRS has set up a program called the Offshore Voluntary Disclosure Initiative (OVDI) to allow taxpayers with previously unreported offshore assets and income to come forward and disclose these assets. By voluntarily disclosing these assets, the taxpayer can avoid higher civil penalties that would be imposed if the taxpayer didn’t participate in the program. The taxpayer can also avoid possible criminal prosecution.

The same reporting requirements apply to taxpayers who have inherited previously undisclosed foreign assets. The IRS specifically states that entities such as trusts are eligible to participate in OVDI. (FAQ 13, OVDI 2012).

Not disclosing these inherited assets can lead a taxpayer to suffer the same fate as Henry Seggerman and other members of the Seggerman family. In August 2013, Henry Seggerman pled guilty to charges of tax fraud and evasion for not disclosing over $12 million he and his siblings had inherited from their father who died in 2001. The money was secretly held in Swiss bank accounts. Henry was required to pay $600,000 in restitution and faced up to 11 years in prison. His three siblings had also pled quilty to similar charges and awaited similar fates.

The bright side is that taxpayers who inherit previously undisclosed assets may qualify for a special reduced offshore penalty of 5% if they meet certain conditions. (The standard penalty rate is 27.5%). To qualify for the 5% penalty, the taxpayer must meet all of the following 4 conditions:

(a) he did not open or cause the account to be opened (unless the bank required that a new account be opened, rather than allowing a change in ownership of an existing account, upon the death of the owner of the account); (b) he must have exercised minimal, infrequent contact with the account, for example, to request the account balance, or update accountholder information such as a change in address, contact person, or email address; (c) he must have, except for a withdrawal closing the account and transferring the funds to an account in the United States, not withdrawn more than $1,000 from the account in any year for which the taxpayer was non-compliant; and (d) can establish that all applicable U.S. taxes have been paid on funds deposited to the account (only account earnings have escaped U.S. taxation). (FAQ 52, OVDI 2012).

If you have never reported your foreign investments on your U.S. Tax Returns or you have inherited previously unreported foreign assets, you should seriously consider participating in the IRS’s Offshore Voluntary Disclosure Initiative (OVDI) which allows taxpayers to come forward to avoid criminal prosecution and not have to bear the full amount of penalties normally imposed by IRS. Taxpayers who hire an experienced tax attorney in Offshore Account Voluntary Disclosures should result in avoiding any pitfalls and gaining the maximum benefits conferred by this program.

Description: Let the tax attorneys of the Law Offices Of Jeffrey B. Kahn, P.C. resolve your IRS tax problems, get you in compliance with your FBAR filing obligations, and minimize the chance of any criminal investigation or imposition of civil penalties. 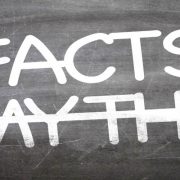 Your Foreign Bank Is Disclosing You To The IRS

How Does the IRS Find Out About Foreign Bank Accounts?