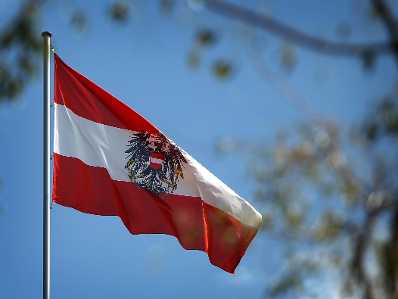 Just like what happened that people could no longer keep their Swiss bank accounts a secret, international pressure is building to impose regulations on bitcoin and other crypto-currency to be transparent thus forcing taxpayers to report these transactions and pay taxes.

Could Investments In Crypto-currency Loose Their Tax Haven Status?

The IRS and many foreign tax agencies think this is the case! That is why the IRS has stepped up its investigation efforts to uncover non-compliant taxpayers just like the IRS successfully did in its investigation of the Swiss banks leading Congress to enact the Foreign Account Tax Compliance Act (“FATCA”).  FATCA forces foreign banks to disclose information on U.S. account holders which the IRS receives and matches the information reported by U.S. taxpayers.  No longer can taxpayers avoid reporting income on their foreign bank accounts.  No longer can taxpayers avoid disclosing their foreign bank accounts.

But with Bitcoin and other crypto-currencies, there is no such mandatory third party reporting.  Digital exchanges are not broker-regulated by the IRS. Digital exchanges are not obligated to issue a 1099 form, nor are they obligated to report to the IRS calculate gains or cost basis for the trader – but that could be changing sooner than you think!

Austria Finance Minister Hartwig Löger is urging both his country and the European Union to regulate crypto-currency as they do now with regard to gold and derivatives. In a statement made by Mr. Löger on February 23, 2018 he announced, “Cryptocurrencies are significantly gaining importance in the fight against money laundering and terrorism financing. That’s an important aspect for the changes we support. We need more trust and more security.” In treating bitcoin and other crypto-currency like trading gold and derivatives, all crypto transactions of more than €10,000 would have to be reported to the government. This initiative is to be considered by the European Union next month. Of course we will keep you informed of any updates.

The IRS is ahead of Austria as the United States has stepped up its investigation efforts to uncover non-compliant taxpayers given its perception that U.S. taxpayers are engaging in bitcoin transactions without proper tax reporting.

A John Doe Summons issued by IRS was ruled enforceable by U.S. Magistrate Judge Jacqueline Scott Corley in November 2017 (United States v. Coinbase, Inc., United States District Court, Northern District Of California, Case No.17-cv-01431).  Coinbase located in San Francisco is the largest cryptocurrency exchange in the United States.  Under the order, Coinbase will be required to turn over the names, addresses and tax identification numbers on 14,355 account holders. The Court has ordered Coinbase to produce the following customer information: (1) taxpayer ID number, (2) name, (3) birth date, (4) address, (5) records of account activity, including transaction logs or other records identifying the date, amount, and type of transaction (purchase/sale/exchange), the post transaction balance, and the names of counterparties to the transaction, and (6) all periodic statements of account or invoices (or the equivalent).

As a reaction to Coinbase’s defeat in Federal District Court, Coinbase has started the policy to issue 1099-K tax forms for a certain of its U.S. clients who following under the terms issued by the Federal District Court’s order have received cash above the required reporting threshold, which is more than 200 receipt transactions or greater than $20,000 during 2017. Clients caught in this reporting net will also include “business use” accounts and GDAX accounts. The issuance of 1099-K’s by Coinbase which will be distributed by email to its clients is no different than the 1099-K’s issued by Uber and Lyft to its drivers or the Credit Card Companies that issue 1099’s to their merchant customers for credit card sales.

And now that like-exchange treatment is prohibited on non-real estate transactions that occur after 2017, now is the ideal time to be proactive and come forward with voluntary disclosure to lock in your deferred gains through 2017, eliminate your risk for criminal prosecution, and minimize your civil penalties.  Don’t delay because once the IRS has targeted you for investigation – even it’s is a routine random audit – it will be too late voluntarily come forward. Let the tax attorneys at the Law Offices Of Jeffrey B. Kahn, P.C. located in Orange County (Irvine), San Francisco and offices elsewhere in California get you qualified into a voluntary disclosure program to avoid criminal prosecution, seek abatement of penalties, and minimize your tax liability.

The Unraveling Of Another Tax Haven – Coinbase Announces It Is Reporting...

How Do Marijuana Businesses Explain To IRS A Cash Stash Accumulated From The...
Scroll to top