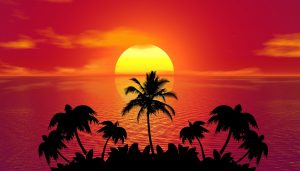 Historically, Switzerland was a place where bank secrecy prevailed. It was suspected that much unreported wealth flowed into Swiss banks not only from private individuals but also from government officials. With so many parties allegedly not reporting these activities to the tax agency of their home country, account-holders of Swiss bank accounts have long been stereotyped as enablers of tax fraud and safekeeping of stolen private or public funds. Well that has all changed!

Switzerland’s Compact With The U.S. And Voluntary Disclosure.

By 2009, the U.S. put enough pressure on the largest Swiss bank, UBS, as well as other Swiss Banks to eventually get all the Swiss banks to agree to share information on U.S. account-holders with the U.S. In advance of the IRS’ perception that many U.S. taxpayers with undisclosed foreign bank accounts and/or unreported foreign income would be looking to come forward to avoid criminal prosecution and minimize penalties, the IRS opened the Offshore Voluntary Disclosure Program (OVDP).

Since OVDP’s initial launch in 2009, more than 56,000 taxpayers have used the various terms of the program to comply voluntarily with U.S. tax laws. These taxpayers with undisclosed offshore accounts have paid a total of $11.1 billion in back taxes, interest and penalties. The number of taxpayer disclosures under the OVDP peaked in 2011, when about 18,000 people came forward. The number steadily declined through the years, falling to only 600 disclosures in 2017. This decrease in submissions led the IRS to announce in March 2018 that it is officially closing this program on September 28, 2018.

Since that announcement, the IRS has not received any public comments addressing a continued need for the OVDP. The IRS stated that it will still maintain a pathway for taxpayers who may have committed criminal acts to voluntarily disclose their past actions and come into compliance with the tax system. The IRS has yet to issue updated procedures on this.

Separately, the IRS continues to combat offshore tax avoidance and evasion using whistle-blower leads, civil examination and criminal prosecution. The implementation of the Foreign Account Tax Compliance Act (FATCA) and the ongoing efforts of the IRS and the Department of Justice to ensure compliance by those with U.S. tax obligations have enhanced the IRS’ ability to identity and charge non-compliant taxpayers undisclosed foreign financial assets. Since 2009, 1,545 taxpayers have been indicted related to international activities through the work of IRS Criminal Investigation.

Switzerland’s Cooperation With The U.S. Has Expanded To Other Countries.

Switzerland has started sharing financial account information with tax authorities in dozens of countries as a way of fighting tax evasion. Responding to global pressure to cut back on tax evasion, Switzerland’s tax agency, the Federal Tax Administration (FTA), issued an announcement on October 5, 2018 that it had started disclosing client financial account information to other countries. The initial batch of data for about two million accounts was sent to the 28 countries in the European Union, and to Australia, Canada, Guernsey, Iceland, Isle of Man, Japan, Jersey, Norway and South Korea. The information, drawn from Swiss banks, insurers and other financial institutions, includes details on “owner’s name, address, country of residence and tax identification number as well as the reporting institution, account balance and capital income”.

Federal tax law requires U.S. taxpayers to pay taxes on all income earned worldwide. U.S. taxpayers must also report foreign financial accounts if the total value of the accounts exceeds $10,000 at any time during the calendar year. Willful failure to report a foreign account can result in a fine of up to 50% of the amount in the account at the time of the violation and may even result in the IRS filing criminal charges.

Civil Fraud – If your failure to file is due to fraud, the penalty is 15% for each month or part of a month that your return is late, up to a maximum of 75%.

Criminal Fraud – Any person who willfully attempts in any manner to evade or defeat any tax under the Internal Revenue Code or the payment thereof is, in addition to other penalties provided by law, guilty of a felony and, upon conviction thereof, can be fined not more than $100,000 ($500,000 in the case of a corporation), or imprisoned not more than five years, or both, together with the costs of prosecution (Code Sec. 7201).

Additionally, the penalties for FBAR noncompliance are stiffer than the civil tax penalties ordinarily imposed for delinquent taxes. For non-willful violations, it is $10,000 per account per year going back as far as six years. For willful violations, the penalties for noncompliance which the government may impose include a fine of not more than $500,000 and imprisonment of not more than five years, for failure to file a report, supply information, and for filing a false or fraudulent report.

Lastly, failing to file Form 8938 when required could result in a $10,000 penalty, with an additional penalty up to $50,000 for continued failure to file after IRS notification. A 40% penalty on any understatement of tax attributable to non-disclosed assets can also be imposed.

A separate program, the Streamlined Filing Compliance Procedures, for U.S. taxpayers who may have been unaware of their filing obligations, has helped about 65,000 additional taxpayers come into compliance. These streamlined procedures will continue to be available for now, but as with OVDP, the IRS has said it may end this program too at some point.

For taxpayers who were non-willful, we recommend going into the Streamlined Filing Compliance Procedures of OVDP. Under these procedures the penalty rate is 5% and if you are a foreign person, that penalty can be waived. This is a very popular program and we have had much success qualifying taxpayers and demonstrating to the IRS that their non-compliance was not willful.

We encourage taxpayers who are concerned about their undisclosed offshore accounts to come in voluntarily before learning that the U.S. is investigating the bank or banks where they hold accounts. Don’t let another deadline slip by. The IRS will not be keeping this special voluntary disclosure program open indefinitely and once the IRS contacts you, you cannot get into this program and would be subject to the maximum penalties (civil and criminal) under the tax law. Protect yourself from excessive fines and possible jail time. Let the tax attorneys of the Law Offices Of Jeffrey B. Kahn, P.C. located in Orange County (Irvine), San Francisco Bay Area (including San Jose and Walnut Creek) and elsewhere in California help ensure that you are in compliance with federal tax laws. Also, if you are involved in cannabis, check out how our cannabis tax attorneys can help you.

IRS Announces Its Position On Cannabis – Could 2019 Be A Banner Year For IRS...

Are You Affected By Hurricane Michael? IRS Is Providing You With Tax Relief...
Scroll to top