How the “Panama Papers” are exposing people with undisclosed foreign bank accounts to the IRS?

You are here: Home / Blogs / FATCA / How the “Panama Papers” are exposing people with undisclosed foreign ban...

How the “Panama Papers” are exposing people with undisclosed foreign bank accounts to the IRS? 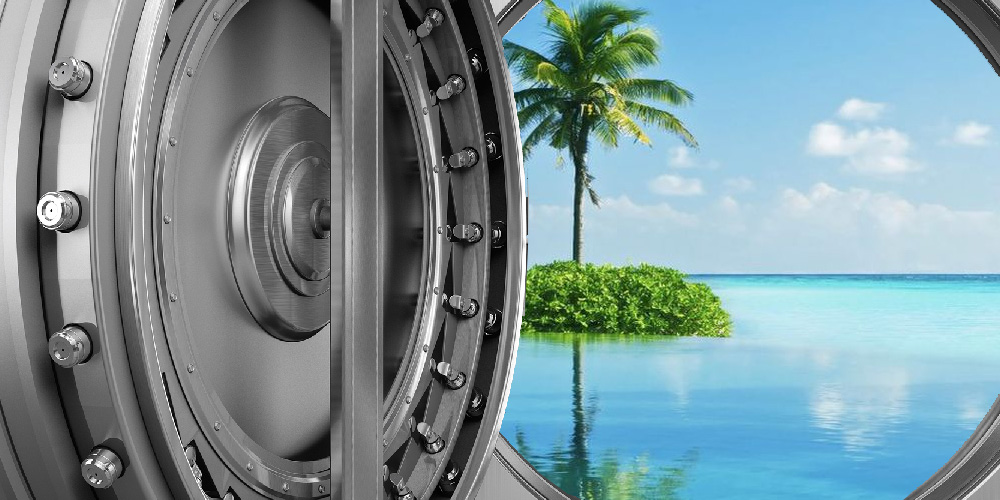 Recently the U.S. government announced that they have what is now referred to as the “Panama Papers”, a collection of more than 11 million documents that reveal how dozens of the most powerful and wealthy people around the world are laundering money, as well as evading taxes and sanctions, by using offshore accounts. The documents leaked from the law firm Mossack Fonseca connect to 140 politicians in over 50 countries including former leaders of Ukraine, Saudi Arabia, Argentina, Iceland, Georgia, Qatar and Iraq.

While it’s not necessarily illegal to distribute wealth across these secret companies, which can be used by the super wealthy as legitimate forms of holding their wealth, shell companies can be used to evade taxes and disguise illegal behavior. Also just because the Panama Papers show someone being involved with Mossack Fonseca, it doesn’t necessarily mean their business holdings are illegal or they did anything illegal. Unfortunately, when one is mixed in with a basket of bad apples, you know how people will tend to judge the whole harvest.

Nevertheless, this leak is probably the hardest hit the offshore world has ever taken. The BBC even had reports of connections to families and associates of Syrian President Bashar Assad, former Libyan dictator Moammar Gadhafi, and former Egyptian President Hosni Mubarak. And the politician at the center of attention is Vladimir Putin. Documents leaked from a Panama law firm confirm that associates of the Russian President have funneled as much as $2 billion through offshore accounts, banks and shadow companies.

But the people identified in these documents are not just politicians but also well-known celebrities that include Jackie Chan, Micheline Roquebrune and Lionel Messi. And you can expect that many others are named in the documents that the IRS will be interested in targeting.

Filing Requirements If You Have Foreign Accounts
By law, many U.S. taxpayers with foreign accounts exceeding certain thresholds must file Form 114, Report of Foreign Bank and Financial Accounts, known as the “FBAR.” It is filed electronically with the Treasury Department’s Financial Crimes Enforcement Network (FinCEN).
Taxpayers with an interest in, or signature or other authority over, foreign financial accounts whose aggregate value exceeded $10,000 at any time during 2015 must file FBARs. It is due by June 30 and must be filed electronically through the BSA E-Filing System website.
Generally, U.S. citizens, resident aliens and certain non-resident aliens must report specified foreign financial assets on Form 8938 if the aggregate value of those assets exceeds certain thresholds. Reporting thresholds vary based on whether a taxpayer files a joint income tax return or lives abroad. The lowest reporting threshold for Form 8938 is $50,000 but varies by taxpayer.
By law, Americans living abroad, as well as many non-U.S. citizens, must file a U.S. income tax return. In addition, key tax benefits, such as the foreign earned income exclusion, are only available to those who file U.S. returns.
The law requires U.S. citizens and resident aliens to report worldwide income, including income from foreign trusts and foreign bank and securities accounts. In most cases, affected taxpayers need to complete and attach Schedule B to their tax return. Part III of Schedule B asks about the existence of foreign accounts, such as bank and securities accounts, and usually requires U.S. citizens to report the country in which each account is located.
Penalties for non-compliance.
Civil Fraud – If your failure to file is due to fraud, the penalty is 15% for each month or part of a month that your return is late, up to a maximum of 75%.
Criminal Fraud – Any person who willfully attempts in any manner to evade or defeat any tax under the Internal Revenue Code or the payment thereof is, in addition to other penalties provided by law, guilty of a felony and, upon conviction thereof, can be fined not more than $100,000 ($500,000 in the case of a corporation), or imprisoned not more than five years, or both, together with the costs of prosecution (Code Sec. 7201).
The term “willfully” has been interpreted to require a specific intent to violate the law (U.S. v. Pomponio, 429 U.S. 10 (1976)). The term “willfulness” is defined as the voluntary, intentional violation of a known legal duty (Cheek v. U.S., 498 U.S. 192 (1991)).
Additionally, the penalties for FBAR noncompliance are stiffer than the civil tax penalties ordinarily imposed for delinquent taxes. For non-willful violations it is $10,000.00 per account per year going back as far as six years. For willful violations the penalties for noncompliance which the government may impose include a fine of not more than $500,000 and imprisonment of not more than five years, for failure to file a report, supply information, and for filing a false or fraudulent report.
Lastly, failing to file Form 8938 when required could result in a $10,000 penalty, with an additional penalty up to $50,000 for continued failure to file after IRS notification. A 40% penalty on any understatement of tax attributable to non-disclosed assets can also be imposed.
The Solution.
The IRS has special programs for taxpayers to come forward to disclose unreported foreign accounts and unreported foreign income. The main program is called the Offshore Voluntary Disclosure Program (OVDP). OVDP offers taxpayers with undisclosed income from offshore accounts an opportunity to get current with their tax returns and information reporting obligations. The program encourages taxpayers to voluntarily disclose foreign accounts now rather than risk detection by the IRS at a later date and face more severe penalties and possible criminal prosecution.
For taxpayers who willfully did not comply with the U.S. tax laws, we recommend going into the 2014 Offshore Voluntary Disclosure Program (OVDP). Under this program, you can get immunity from criminal prosecution and the one-time penalty is 27.5% of the highest aggregate value of your foreign income producing asset holdings.
For taxpayers who were non-willful, we recommend going into the Streamlined Procedures of OVDP. Under these procedures the penalty rate is 5% and if you are a foreign person, that penalty can be waived. This is a very popular program and we have had much success qualifying taxpayers and demonstrating to the IRS that their non-compliance was not willful.

Several Things to Consider When Setting Up an IRA Account

Better Late Than Never; What You Should Know About Filing Late Tax Returns
Scroll to top