The Calm After The Storm – What’s New With OVDP?

You are here: Home / Blogs / FATCA / The Calm After The Storm – What’s New With OVDP? 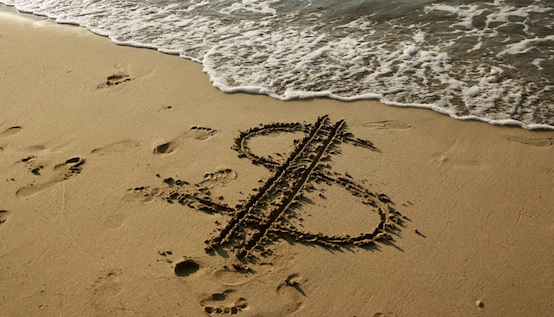 Although the Internal Revenue Service has not made any public announcement, IRS officials have privately acknowledged that the volume of new cases have dropped and that as a result new OVDP cases will be handled out of one field office in Chesterfield, Missouri.

Since 2009, more than 100,000 U.S. Taxpayers Come Back into Compliance In Reporting Foreign Accounts through an IRS Voluntary Disclosure Program which avoided criminal prosecution and/or fines and which assessed lower penalties.  The IRS in total collected more than $10 billion in taxes, interest and penalties since 2009.

Under the Foreign Account Tax Compliance Act (“FATCA”) and the network of inter-governmental agreements (“IGA’s”) between the U.S. and other countries, automatic third-party account reporting is in full swing. Also, more information also continues to come to the IRS as a result of the Department of Justice’s Swiss Bank Program. As part of a series on non-prosecution agreements, the participating banks continue to provide information on potential non-compliance by U.S. taxpayers.  Furthermore, as the IRS continues to receive more information on foreign accounts, it will be more difficult for U.S. taxpayers to avoid detection and to maintain that they were non-willful in not complying with the U.S. tax laws.

The Offshore Voluntary Disclosure Program (“OVDP”) offers taxpayers with undisclosed income from foreign financial accounts and assets an opportunity to get current with their tax returns and information reporting obligations. The program encourages taxpayers to voluntarily disclose foreign financial accounts and assets now rather than risk detection by the IRS at a later date and face more severe penalties and possible criminal prosecution.

The IRS also developed the Streamlined Filing Compliance Procedures to accommodate taxpayers with non-willful compliance issues. Submissions have been made by taxpayers residing in the U.S. and from those residing in countries around the globe. The streamlined procedures have resulted in the submission of more than 96,000 delinquent and amended income tax returns from the 48,000 taxpayers using these procedures. A separate process exists for those taxpayers who have paid their income taxes but omitted certain other information returns, such as the Report of Foreign Bank and Financial Accounts (“FBAR”).

The change by IRS that the OVDP cases are to be handled by the field office in Chesterfield, Missouri, does not impact cases that are still open and handled by other field offices. But what that leaves is an army of IRS agents across the country who have been trained for these cases and will now be on the lookout for non-compliant taxpayers.  Keep in mind that once the IRS has targeted you (even if for a routine audit), you cannot get into voluntary disclosure and will be subject to the maximum penalties under law for failing to disclose foreign bank accounts and reporting foreign income.

We encourage taxpayers who are concerned about their undisclosed offshore accounts to come in voluntarily before learning that the U.S. is investigating the bank or banks where they hold accounts. By then, it will be too late to avoid the new higher penalties under the OVDP of 50% percent – nearly double the regular maximum rate of 27.5% and 10 times more than the 5% rate offered in the expanded streamlined procedures.

Don’t let another deadline slip by. If you have never reported your foreign investments on your U.S. Tax Returns or even if you have already quietly disclosed or you are in the 2012 Offshore Voluntary Disclosure Initiative (“OVDI”), you should seriously consider participating in the IRS’s 2014 Offshore Voluntary Disclosure Program (“OVDP”). Once the IRS contacts you, you cannot get into this program and would be subject to the maximum penalties (civil and criminal) under the tax law.

Let the tax attorneys of the Law Offices Of Jeffrey B. Kahn, P.C. resolve your IRS tax problems, get you in compliance with your FBAR filing obligations, and minimize the chance of any criminal investigation or imposition of civil penalties. Tax problems are usually a serious matter and must be handled appropriately so it’s important to that you’ve hired the best lawyer for your particular situation. The tax attorneys at the Law Offices Of Jeffrey B. Kahn, P.C. located in Orange County (Irvine), San Jose and elsewhere in California are highly skilled in handling tax matters and can effectively represent at all levels with the IRS and State Tax Agencies including criminal tax investigations and attempted prosecutions, undisclosed foreign bank accounts and other foreign assets, and unreported foreign income.

Adding To The Turmoil For The Marijuana Industry – Federal District Attorney...

Thinking About Using Medical Marijuana While On Federal Supervised Release Or...
Scroll to top