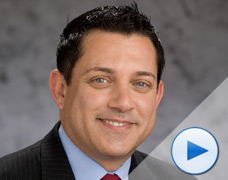 A lot of terminology gets thrown around when it comes to taxes. To help you understand, we’ve provided a glossary of common terms used when talking about taxes.

Automated Collection System
Automated Collection System (ACS) is a computerized system which is linked to numerous CRT telephone stations. You can identify an account in the ACS system by the IRS phone number listed (800-829-7650). Many taxpayers which have a back tax liability are monitored through ACS. ACS’ primary function is to collect on a back tax liability through full payment of the tax or through monthly installment agreement payments. ACS will also place an account into a Currently Not Collectible status when a taxpayer can demonstrate they are in a financial hardship. ACS issues levies and garnishments in order to collect on the back tax liabilities. By contacting ACS, we can resolve an open case with any IRS agent. The resolution of a particular case may be a release of garnishment, the implementation of an installment agreement, or having the taxpayer’s account being placed into a Currently Not Collectable status.
Back Taxes
Back taxes – or tax debt – are unpaid taxes assessed against a taxpayer by a level of government (i.e. Federal, State, Local) that are past due. Internal Revenue Service (IRS) back taxes are past due federal income taxes. Back taxes are assessed either by not paying taxes when they become due, failing to report all income and taxes on a return, or failing to file a return.
Bank Levy
The IRS has the right to issue a bank levy on an account that bears the name of a taxpayer who owes the IRS money. The IRS must give the taxpayer notice. Notice constitutes several letters with the final letter bearing a Final Notice of Levy. After the IRS has sent out the Final Notice of Levy, it can issue a bank levy after 30 days from the date of the letter.

A Notice of Levy is sent to the taxpayer’s bank and it attaches to all accounts in the name of the taxpayer whether a sole or joint account. The bank is legally obligated to honor the levy. The levy freezes the funds on deposit in the account. The bank cannot allow anyone access to the frozen funds for 21 days from the date of receipt of the levy. On the 21st day, the bank must send the frozen funds to the IRS.

Bankruptcy
Bankruptcy is a legal procedure that results in debt relief. Debt relief can be obtained through a process of liquidating assets or reorganizing debt. The release of the debt is referred to as a discharge.

Bankruptcy laws are very specific about the discharge of taxes. The Internal Revenue Service can obtain relief from any protection that a bankruptcy might offer. Not all types of taxes can be discharged. Taxes can only be discharged at certain times. Therefore, it is possible to file for bankruptcy and still have a remaining tax debt.

Collateral Agreement
A collateral agreement is an additional or secondary agreement that the Internal Revenue Service may require before agreeing to settle your back tax liability.
Collection Information Statement
The Collection Information Statement is a form used to provide vital financial information to the IRS. The form generally provides information regarding the taxpayer’s income, expenses and assets. If you owe back taxes, the IRS uses the information on the Collection Information Statement to determine the proper resolution of your tax matter. There are several different version of this form including the 433-A, 433-B and 433-F.
Currently Non-Collectible Status
A taxpayer’s account will be placed on Currently Non-Collectible status in situations where the IRS recognizes that the taxpayer does not have the ability to presently collect the taxes owing via full payment, through an Installment Agreement or by way of an Offer in Compromise. When a taxpayer’s account is placed on Currently Non-Collectible status the IRS does not pursue collection activity against the taxpayer and the statue of limitations on the tax liabilities continue to run. Unless the taxpayer’s financial situation changes for the better, the account should remain on a Currently Non-Collectible status until the tax liabilities expire.
Dissipated Assets
Dissipated assets occur when money or an asset is used for a purpose other than paying your federal tax liability. For example, an individual with a tax debt takes a second mortgage on his house to pay for replacement of the roof. The Internal Revenue Service may view the funds from the second mortgage as a dissipated asset. The Internal Revenue Service may assert that any dissipated assets should have been used to pay the tax debt and refuse to settle for less than the amount of the dissipated asset. As a result, a dissipated asset may cause the Internal Revenue Service to refuse to negotiate with a taxpayer.
Notice Of Deficiency
A Statutory Notice of Deficiency is not an assessment of tax nor does it require you to make immediate payment. It is a proposed deficiency which generally gives you 90 days, (150 days if the notice was addressed to a person outside the United States), to either agree to the deficiency or file a petition with the United States Tax Court for a redetermination of the deficiency. Once the notice of deficiency is issued, the 90 or 150-day period cannot be suspended or extended. During this period, you may ask Appeals to reconsider the case. However, the reconsideration does not extend the 90 day period you have for filing a petition with the Court. The Notice of Deficiency can be rescinded under certain circumstances if both parties agree.
Proposed Tax Change Notice
A Proposed Tax Change Notice (Notice CP 2000) shows proposed changes to your income tax return. The proposal is based on a comparison of the income, payments, credits, and deductions reported on your tax return with information on these items reported to the Internal Revenue Service by employers, banks, businesses, and other payers. The Proposed Tax Change Notice also reflects any corrections the Internal Revenue Service made to your original return when it was processed. It is not a bill. The Proposed Tax Change Notice provides you the opportunity to disagree, partially agree, or agree with the proposed changes. The Proposed Tax Change Notice will provide an explanation of how to respond.
Retired Debt
If a taxpayer has a debt for an allowable expense, which will be paid off in a relatively short period of time, the IRS may partially disregard the debt when calculating the taxpayer’s long term ability to full pay his or her outstanding Federal tax liability. When calculating a taxpayer’s future ability to full pay their current outstanding Federal tax liability, the IRS will take into account all factors which influence a taxpayer’s future ability to pay on their outstanding Federal tax liability. One such factor deals with fixed liabilities owed by the taxpayer. Specifically, when a taxpayer has a fixed liability, the IRS will take into consideration how much longer the taxpayer will be paying on the debt. Retired debt analysis is an important fact the IRS examines when determining a taxpayer’s reasonable collection potential.
Substitute Returns
All individuals, and taxpaying entities, are required to file tax returns to calculate their own taxes. However, if a taxpayer fails to file a tax return, the Internal Revenue Service may file the return on behalf of the taxpayer. Prior to filing a substitute return, the Internal Revenue Service will request that the taxpayer voluntarily file the missing return(s). If the taxpayer has still not filed voluntarily, the Internal Revenue Service will prepare the substitute return. Usually the Internal Revenue Service will not file a substitute return until the return has been delinquent by two or more years.

After determining the taxpayer’s income, the Internal Revenue Service will often prepare the return in a light least favorable to the taxpayer. For example, a 1040 filer would be filed as single or married filing separate, with no dependents or itemized deductions. If the taxpayer had also had self-employment income, the Schedule C would reflect business income, but no expenses. Often the substitute return reflects a much higher tax than what the taxpayer would have been assessed, had the taxpayer filed their own return.

Wage Garnishment
A wage garnishment is a levy that the IRS has a right to issue to an employer of a taxpayer who owes the IRS money. The IRS must give proper notice to a taxpayer before it can actually issue the levy. Proper notice constitutes several form letters ending with a letter with a Final Notice of Levy attached. Once the notice has been sent to the taxpayer, the IRS can issue a garnishment after 30 days from the date of the letter.